Atticus celebrated the Holiday Season by hosting a team building Paint and Sip event. We bring you our versions of a “Snowy Colorful Day.”

Payments totaling over $46 million were made to more than 113,000 Class Members on December 16, 2022 in the William Martin, et al. v Toyota Motor Credit Corporation, et al. class action settlement. The settlement resolves claims that TMCC failed to refund customers for Guaranteed Asset Protection or “GAP” coverage on vehicles financed through TMCC on or after January 1, 2016 when their finance agreements were paid off early. Class Members were designated as “Statutory” or “Non-Statutory” Class Members according to when and in which state the vehicle financing occurred, as defined by the Settlement Agreement. Non-Statutory Class Members were required to complete and file claims to be eligible for a refund from the settlement. Statutory Class Members were automatically eligible for compensation and their payments were funded separate from and in-addition to the $59 million Settlement Fund. For more information about this settlement, visit www.TMCCGAP.com or call 1-888-321-1272. 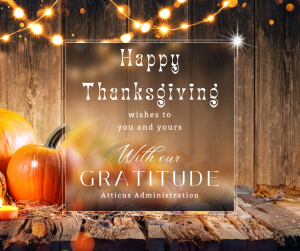 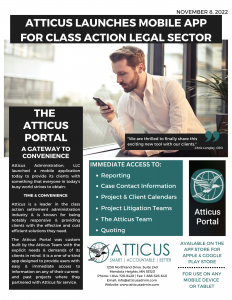 Atticus sent Notice of a $59 million class action lawsuit settlement yesterday to more than 654,000 consumers nationwide who entered into Guaranteed Asset Protection or “GAP” agreements with Toyota Motor Corporation (TMCC) from January 1, 2016 through October 25, 2021. The lawsuit alleges that TMCC wrongfully collected and failed to refund unearned GAP fees when consumers paid off their finance agreements before maturity.

The case is entitled Martin et al. v. Toyota Motor Corporation, Case No. 2:20:cv-10518-JVS-MRW and was filed in the U.S. District Court for the Central District of California. The court preliminarily approved the proposed settlement on July 11, 2022 and will finally consider its terms at the Final Approval Hearing scheduled for October 31, 2022.

GAP protection is an addendum to the finance agreement that provides that the creditor (TMCC) will waive certain amounts owed under the terms of the agreement if the customer’s vehicle is totaled, stolen or if the loan is paid off early. Settlement class members may be entitled to a full or partial credit or refund of the purchase price of the GAP protection under the terms of the settlement.

More information can be found online at www.TMCCGAP.com.

The U.S. District Court for the Northern District of California entered a preliminary approval order on July 25, 2022 in the action entitled Benjamin Fernando Martinez v. Costco Wholesale Corporation, Case No. 3:19-cv-05624-EMC. The settlement is intended to resolve allegations that Costco did not properly include the “Extra Check Bonus” in the regular rate of pay for purposes of calculating overtime wages for approximately 29,000 nonexempt California employees working for Costco from July 11, 2015 through July 25, 2022.

Notice of the lawsuit and proposed settlement will be sent to Class Members later this summer. 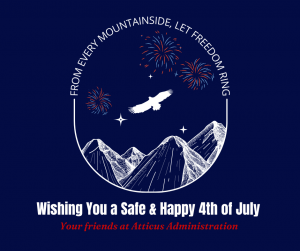 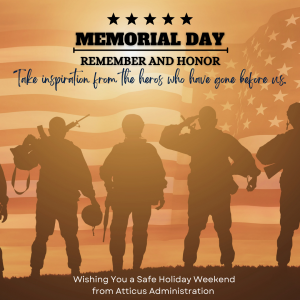 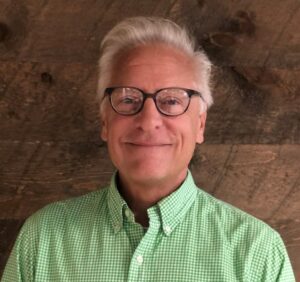 Atticus Administration, LLC co-founder and CEO Christopher Longley will be speaking at the 6th Annual Class Action Money & Ethics Conference in New York City, NY on May 2, 2022. Chris will be moderating a panel discussion on the effectiveness and abuses of TCPA and how to address TCPA legislation with today’s technological advances. Chris will be joined by Christopher E. Roberts, Partner at Butsch Roberts & Associates LLC and Eric J. Troutman, Partner at Squire Patton Boggs (US) LLP. Chris is a graduate of William Mitchell College of Law and the University of St. Thomas. He is a member of the Minnesota Bar (retired status), and the American Bar Association where he serves as membership chair of the Consumer Litigation Committee for the 8th Circuit Court and the United States Supreme Court.

The U.S. District Court for the Central District of California approved a settlement between the Equal Employment Opportunity Commission (“EEOC”) and global entertainment development company Activision Blizzard, Inc. and several of its entities on March 29, 2022.  The lawsuit alleged that Activision Blizzard Entities engaged in unlawful employment practices but subjecting certain employees to sexual harassment, pregnancy discrimination, or retaliation in violation of Title VII of the Civil Rights Act of 1964. Notice of the Settlement and claim forms are slated for distribution to eligible claimants on April 15, 2022. The claims of employees who choose to participate will be evaluated by the EEOC for eligibility and to determine each eligible claimant’s portion of the $18,000,000 Settlement Fund.  For more information about the settlement, visit the settlement website at www.EEOCActivisionBlizzardConsentDecree.com. A March 29, 2022 PRESS RELEASE can was also shared on the Activision Blizzard website.

Individuals who had vehicles booted by Castle Parking Solutions (“CPS”) in Atlanta, Georgia or Decatur, Georgia from October 10, 2014 to October 10, 2019 and paid CPS to have the boot removed will be notified of their right to participate as Class members in a class action lawsuit settlement titled Youmans, et al. v. Castle Parking Solutions, LLC, Civil Action No. 19EV001823 pending in the Georgia State Court of Fulton County, later this month. Class members who choose to participate can received up to $45.00 per claim if the Settlement receives final approval. Visit www.bootingclassaction.com after February 18, 2022 for details.

The St. Clair County Trial Court entered an order today that granted and dismissed Objector-Appellant Jenna Dickenson’s motion to voluntarily dismiss her appeal in the settlement of the Henry Lee, et. al, v. Buth-Na-Bodhaige, Inc., d/b/a THE BODY SHOP (Case No. 2017-000604) class action lawsuit. This dismissal brings nearly five years of litigation in the trial and appellate courts to an end. The initial Class Action Complaint was filed in the U.S. District Court – Southern District of New Year in February 2016 and Preliminary Approval was entered in the Circuit Court of St. Clair County, Illinois in March 2017. Settlement Class Members who filed valid and timely Claim Forms asserting use of a debit or credit card for a purchase at any of The Body Shop retail locations in the U.S. and received an electronically-printed receipt displaying more than five digits of the debit or credit card number between April 23, 2014 and January 14, 2016 will receive a $12.00 gift card for use at The Body Shop. Gift Certificates will be issued no later than March 9, 2022. Settlement information can be found at www.thebodyshopfactasettlement.com .

The Honorable Edward S. Kiel, Magistrate Judge for the U.S. District Court for the District of New Jersey entered an order certifying the settlement class and granting final approval of the settlement in the matter of Isley, et al., v. BMW of North America, LLC, on January 10, 2022. Current and former owners and lessees of certain model-year 2013 through 2019 BMW vehicles that contain the N63TU1 engine have until Feb. 9, 2022 to file claims for the reimbursement of engine related expenses. 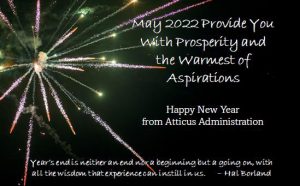 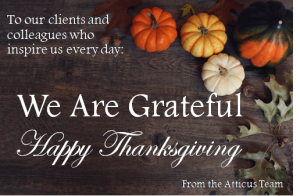 Digital and published notice campaigns began today in the Turner v. Wal-Mart Stores East, LP class action settlement pending in the Circuit Court of St. Louis County, Missouri (Case No. 20SL-CC00466). The preliminarily approved settlement includes all persons who purchased a Prepaid Wireless Telecommunications Service Product from a Walmart Store or a Sam’s Club store in the state of Missouri for a purpose other than resale, between January 1, 2019 and January 31, 2020. The action alleges that Class Members were over-charged for the Prepaid Wireless Telecommunications Service Charge (PWETSC) pursuant to state statutes.
Qualifying Class Members can submit or file an online claim to receive a payment of up to $20.
For more information go to www.pwetsc-moclassaction.com.

Notice was mailed on October 25, 2021 in the matter of Noridin Warsame, et al., v. Metropolitan Transportation Network, Inc., Case No. 20-cv-1318 (ECW). The lawsuit alleges that MTN school bus drivers were not compensated for all time worked under state and federal labor and wage acts. Eligible class members will receive payments if the settlement receives final approval. The settlement received preliminary approval in the U.S. District Court for the District of Minnesota earlier this month. Visit www.mtnbusdriversettlement.com for more information.

Notices of a class action settlement and claim forms were mailed to owners and lessees of certain model-year 2013 through 2019 BMW vehicles with the N63UT1 engines today. Class Members who wish to receive reimbursement for engine expenses raised in the settlement have until February 9, 2022 to submit claims. For more information go to www.isleysettlement.com.

The Circuit Court of St. Louis County, Missouri filed and order preliminarily approving a class action settlement involving Wal-Mart Stores East, LP on October 13, 2021. Under the terms of the settlement agreement, persons who purchased Prepaid Wireless Telecommunications Service Products in-store from a Walmart or Sam’s Club store in the state of Missouri for a purpose other than resale between January 1, 2019 and January 31, 2020 can submit claims for monetary benefits. The Notice Period will commence next month at which time more information will be available.

Notice of a nationwide settlement in a class action lawsuit against BMW of North America, LLC is scheduled to mail to more than 181,000 individuals who are current or former owners or lessees of certain model-year 2013 through 2019 BMW vehicles that contain the N63TU1 engine (“Class Members”) at the end of the month. Class Members will have the opportunity to submit claims for reimbursement of related engine expenses. The notice mailing follows U.S. Magistrate Judge Edward S. Kiel’s preliminary settlement approval order entered in late July. Visit http://www.isleysettlement.com/ for more information.

$750,000 in Settlement Funds were dispersed to participating Class Members today, following the U.S. District Court, Southern District of New York’s entry of a final approval order earlier this month. Payments were issued to more than 17,500 Class Members in the Williams v. Equitable Acceptance Corporation, et al. settlement, Case No. 18 Civ. 7537 who filed claims to receive refunds of some of the money paid to Equitable for accounts used to finance student loan debt relief services. Refunds were issued in the form of electronic payments through PayPal, Venmo, and Zelle, as well as e-Mastercard, ACH transfers, and paper checks by mail, at each Class Member’s choice. Late claim forms will be considered for reimbursement at a later date. Visit https://www.equitablesettlement.com/ for more information.

Atticus is excited to announce that it launched its new electronic signature software today with the dissemination of the FLSA Notice and Consent to Join Form in the matter of Victoria Roberts, et al., v Paragon Metals LLC, Case No. 1:21-cv-000426-HYJ-RSK pending in the U.S. District Court for the Western District of Michigan, Southern Division. Contact Us to learn more about this and other convenient options for obtaining Class Member signatures!

FIVE YEARS ago today Atticus joined the market as a Class Action Settlement Administration firm. Thank you to all of our valued clients for letting us serve you, then and now. Happy 5th Anniversary to us!

The most trusted and responsive team in claims administration is waiting to hear from you. To receive a no obligation quote and learn how Atticus can help meet your notice requirements, Request a Quote now.
Request a Quote Today
Copyright Atticus Administration, LLC - All Rights Reserved
Back To Top